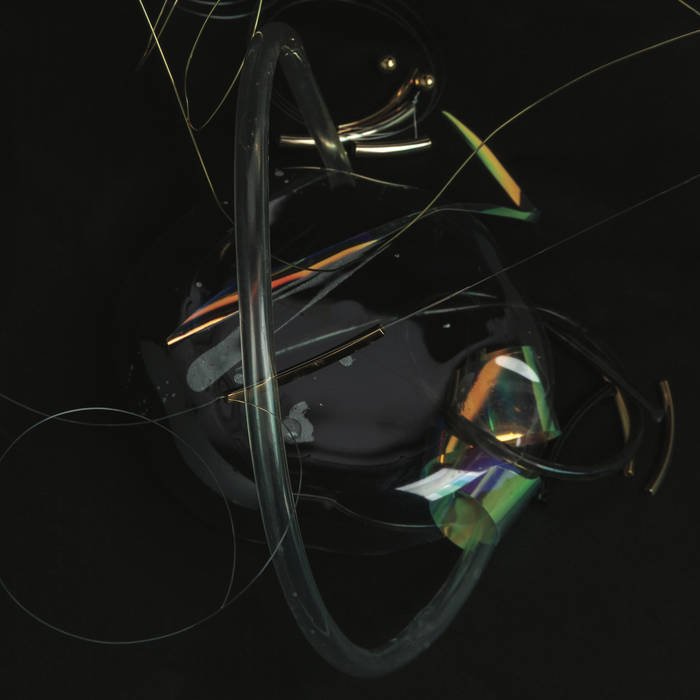 Riccardo La Foresta is a percussionist, composer and improviser based in Modena (Italy) whose interests range from improvisation and composition, sound performance and sound art. His research led him to use the drum as a wind instrument, drastically moving away from traditional drumming.

Recorded by Lorenzo Abattoir’s microphone in a former industrial hangar now base to the OvestLab cultural center in Modena (except for |||||, captured by Renato Grieco’s mics in the rooms of Museo Hermann Nitsch in Naples), these six tracks are an attempt to draw a picture of a three-year-long and still ongoing sonic exploration conducted by Riccardo La Foresta on his instrument, where psychoacoustic atmospheres combine with a deep density of sound.
Featuring the visual concept by Natália Trejbalová, Drummophone is pressed in 300 copies on black vinyl.

In recent years La Foresta has been constantly touring Europe with Sho Shin Duo and his solo project, sharing collabs with musicians such as Axel Dörner, Lê Quan Ninh, Anthony Pateras, John Butcher, Michel Doneda, Massimo Pupillo, Toma Gouband, Stefano Pilia, Chris Corsano, Otomo Yoshihide, Ingar Zach, Fis and many others. His previous record releases, with mainly avant-jazz or free jazz ensembles, have been published on El Gallo Rojo, Troglosound, Pig Bristle and broadcast in Europe, UK and Canada.
Graduated as a jazz drummer at the conservatories of Ferrara and Parma, La Foresta also studied at KMH in Stockholm and since 2013 has been active as a music teacher and organizer of research music concerts in the Modena area, mainly with his organization Bæd and since 2018 with Node Festival.